The official trailer Spider-Man: No Way Home was released on Tuesday night as part of a fan event in Los Angeles and then uploaded onto all social media platforms ahead of its December 17th release date.

The film picks up from the events after Spider-Man: Far From Home and sees Peter Parker (Tom Holland) and Doctor Strange (Benedict Cumberbatch) attempt to restore his secret identity with magic. However, this opens up the multiverse and the re-introduction of previous villains from the Spider-Man franchise.

The action begins with Green Goblin (Willem Dafoe) setting off bombs on a bridge and that’s followed by Spider-Man battling with Electro (Jamie Foxx) in a black spidey suit and then we quickly cut back to the bridge and the arrival of Doctor Octopus.

It also shows Happy Hogan in the crosshairs of several men with guns drawn while the world seems to be crumbling at the seams and teases a final battle between Spider-Man, Sandman, and Electro. The third movie starring Holland seems to signify the end of this version of Spider-Man as this is the final film of his contract with Marvel and Sony, but has mentioned he is open to reprising the role in the future.

Tickets for the movie will available for sale on November 29th, a date they’re coining as Spider Monday, a play on the online sale event Cyber Monday. 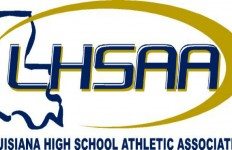 LHSAA football playoffs can be heard on Delta Media stations→ 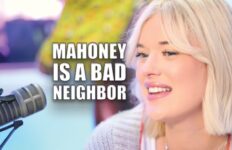 Dave and Mahoney – Mahoney is a Bad Neighbor→ 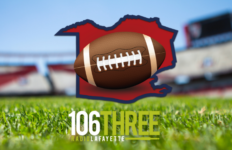