After some of the changes that Waitr announced would take into effect on August 1st, there are now some changes to the front office with the CEO stepping down.

The company announced on Thursday that Chris Meaux would be resigning as the CEO of Waitr. Adam Price, currently the Chief Operations Officer, will take over the role. The announcement comes out after their second-quarter reports announced that they saw a revenue increase of 218% and an increase of active diners to 248%.

“It’s been a privilege and honor to lead this business since its founding over five years ago and I am very proud of the incredible growth we have achieved over that time,” Chris Meaux in a release. “Over the past few months, Adam has demonstrated that he has the experience, vision and leadership skills to successfully lead Waitr into its next phase of growth. I look forward to being involved as Chairman, focusing on the long-term strategy of the business.”

Price joined Waitr in February of 2019 as Chief Logistics Officer prior to being named the Company’s Chief Operations Officer. Prior to joining Waitr, he spent over five years as Chief Executive Officer of Homer Logistics, a provider of local delivery fulfillment solutions for businesses using logistics technology. From 2007 until 2013, he held various business development and engineering roles at ATA Engineering. Mr. Price holds a B.S. in Aerospace Engineering from the University of California, San Diego.

“I am very appreciative of the support that Chris and the Board of Directors have provided to me and excited to lead this exceptional business.” Price said, “I look forward to working closely with the entire team and executing on our vision to be the most convenient way to discover, order and serve great food in local communities. Food delivery is in its infancy and having clear market leadership in most of our markets in addition to a well-regarded brand with restaurants, consumers and drivers set us up well for future growth.”

According to Waitr, the change will take place immediately. Meaux will remain with the company as the chairman of the board 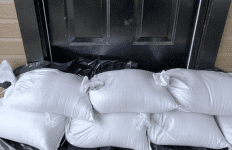