Tis the season to be jolly … and this year, we are going to have the hap, hap, happiest Christmas! I say this with certainty because ‘The National Lampoon’s Christmas Vacation’ is returning to theaters this holiday season to celebrate its 30th anniversary.

The original movie starring Chevy Chase was released on December 1st, 1989 and has become a holiday tradition for many. For me, it doesn’t feel like Christmas until I get to spend time with the Griswold family. No matter how many times I’ve seen it, I will watch it when it comes on TV and this year, I’ll finally get to experience it on the big screen!

Christmas Vacation will be shown at AMC Theaters during the week of December 6th through 12th.  Special screenings will also be shown at other theaters so keep an eye on your local listings. 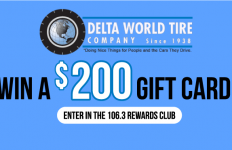