Camps will drop their album ‘Do You Think I’m Doing Okay’ at an album release show tomorrow night at the Freetown Boom Boom Room with Mangata opening the show. Camps is a four piece Alternative/Garage Rock band hailing from Lafayette, LA… comprised of Rip, Josh, Jaxx and Trevor… this four piece is pulling from their various backgrounds to bring you something aggressively fresh. I know that they have been feverishly grinding out this material and playing shows honing their chops even more to bring their audience an explosive set of music that will have them feeling quite nostalgic but definitely thinking forward.

I’m really pumped to finally hear the rest of the new music recorded! Lately on @1063RL we’ve been featuring their track, ‘All My Friends,’ which is the latest of three singles released and it’s just a taste of what these four are capable of and what’s to come on their full length releasing tomorrow. I’ve really been enjoying the ‘All My Friends’ track as it has got some heavy Alt Rock vibes with a pinch of indie flare with the vocals and almost a tinge of Active Rock / Retro 80’s Rock going on in areas of the song… I’m hearing some Cobain / Nirvana influence even if it wasn’t fully intended. A sense of urgency on this track is apparent with the driving guitars and Krist Novoselic bass influence and some Dave Grohl influence on drums… really, it’s not a bad thing at all… I know people don’t like comparisons, but everything is influenced by something before it and it’s what you do with it to make it your own that makes it something new… it’s a delicate balance and tightrope that must be walked as always.

I asked Jaxx and Josh for a quote about how they feel about the new album and they responded with something from drummer, Rip, who had said recently that “the album has more hooks than a tackle box!” I’m ok with that and it’s kind of legit if you ask me! All in all, it’s fun and takes me back to growing up in that 80’s – 90’s landscape of music and I look forward to see how far they take this project… In my humble opinion, Camps be roasting them jamz and their audiences like tasty s’mores over an open campfire!

Either way, I think they’ll be ok. 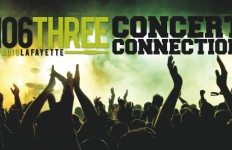 Music On TV And Online This Week→