UPDATE: The area of Downtown Lafayette is now cleared following a report of a suspicious person near the Children’s Museum. The person in question was able to be identified from surveillance and actually contacted the police, as they were in the process of contacting him. Apparently, since Louisiana is an open-carry state, no crime was committed. However, the police department is asking that those who transport firearms or open carry to please secure them in a case to reduce the potential for public alarm.

According to KATC-TV 3, Lafayette City Police and the Lafayette Sheriff’s Department along with the SWAT team are on the scene and are currently inside the parking garage working to clear the building.

This is not a confirmed report of a person with a weapon, law enforcement officers are responding to a suspicious person in the area and police said there were reports the person was armed but this cannot be confirmed.

Police are searching in the area at this hour and you are advised to avoid the Polk Street area as police continue with their search.

This is an active situation and we will update as information becomes available. 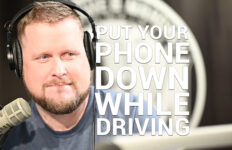