It should come as no surprise that the current generation is waiting longer to get married compared to previous generations.

It could because of college debt or just wanting to fell their oats before making a life long commitment, men and women are waiting longer to get married. The one occupation that is feeling the economic impact of these statistics are the divorce lawyers since this trend has resulted in fewer couples getting a divorce because fewer couples are getting married. The trend now is to live with each other.

In Louisiana, men usually get married at 29.4, while women typically marry at 27.6.

If you want a quickie divorce head to where they have a ‘shortcut to divorce’ but you and your spouse much meet certain requirements, such as having no children, neither party owning any real estate, and neither party having unpaid debts of $8,000 and up. Quick in and out and you’re done and back to window shopping again for the next culprit.

You can see the results for the rest of the states here. 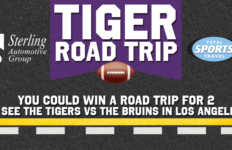