The Moth & The Flame

Founded in the high desert of Provo, Utah but currently based in Los Angeles, The Moth & The Flame – singer/guitarist Brandon Robbins, keyboardist/vocalist Mark Garbett, and former Imagine Dragons drummer Andrew Tolman – arrived in 2011 and quickly earned devoted fans and critical acclaim for their brand of lush, atmospheric rock.

In Sep 2014 the band signed to Elektra Records. Says Elektra President Jeff Castelaz. “The Moth & The Flame encapsulate the fever and frailty of human emotion in a way that appeals to me as a music advocate. For that reason, I’m extremely proud to make them the newest member of the Elektra family.”

The Moth & The Flame is currently applying final strokes to its eagerly awaited label debut album, collaborating with such top producers as Peter Katis (Frightened Rabbit, Interpol), Tony Hoffer (M83, Beck), and Nate Pyfer (Parlor Hawk, Fictionist).  The collection is sure to secure the The Moth & The Flame’s place as one of the most exciting new bands of the year.

The Moth & The Flame has also spent considerable time on the road, most recently alongside longtime friends Imagine Dragons and The Naked And Famous. Additionally, they’ve headlined countless shows and made standout festival appearances at such international gatherings as Austin’s South By Southwest (SXSW) and the UK’s The Great Escape.

They are making a stop in NOLA Oct. 5th at the Hi-Ho Lounge along with In The Valley Below.

Their Young & Unafraid EP is due out Sept. 25th, and is currently available for pre-order with two tracks available immediately for digital download. Take a listen to the title track below: 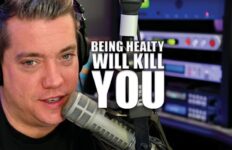 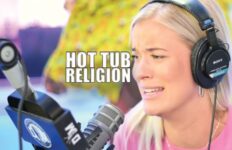