I grew up in the cassette tape age, so when I was a kid, all I had known of vinyls were those in my mom’s collection… And I had only seen them for sale “used” at second hand stores and pawnshops. I always thought they were so cool, my mom would let me listen to hers as long as I was careful not to scratch them. When I was about 6 or 7 years old, I can remember having to get on the tips of my toes so I could reach the record player, and it was so magical how the needle would glide over it an produce sound. Some of my favorites were Heart’s Dreamboat Annie, Michael Jackson’s Thriller, and Fleetwood Mac’s Rumours. I’ll never forget the first time I started seeing brand new vinyl in stores for sale…  It was at a Best Buy circa 2007-2008 maybe? It was definitely during the Christmas season, and I was in college. I was so excited, even though I did not have a record player at my apartment, I totally purchased Nine Inch Nails’ With Teeth. With no way to play it, I just had it propped up on a shelf for display. The point I’m making here is that it didn’t matter that I could not listen to it… The cool factor of owning a “new vinyl” was just too irresistible. Obviously I wasn’t the only one who couldn’t resist such a retro-chic format.

These days, collecting physical copies of an artist’s music isn’t as popular, as streaming dominates the music industry. But IF you’re collecting it, there’s a good chance it’s gonna be vinyl. It’s trendy, as many retro things have become. Artists are releasing limited edition vinyls all the time, and for a devoted fan, those are more likely to be purchased than an inferior CD. Other than the “coolness” factor, vinyl also offers a rich, warmer sound that many music enthusiasts love. And soon, for the first time since 1986, vinyl sales will likely pass up CD sales, according to the trend seen on The Recording Industry Association of America’s mid-year report.  So far, vinyl sales have made $224 million in the first half of 2019, compared to $248 million on CDs. That means that people have spent almost as much on records this year as CDs! While CD sales showed little or no increase, vinyl record sales were up 13%.

I’m still working on my vinyl collection, it’s currently at a grand total of 9 records. Mine may never be as impressive as my mom’s collection, but new vinyl is here to stay from the looks of it, so I may have a chance to catch up! 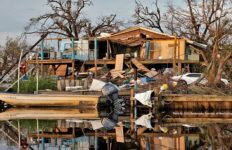